By: Kim Morales | Michigan News
Read this Article in Espanol
At the new Trotter Multicultural Center, you could feel a sense of satisfaction and unity in the air amongst Latino students, faculty, and staff at the University of Michigan.

The walls are covered with balloons and birthday decorations, and photos from activities from the last few years flash on the screen.

“You all are leaders, you are warriors, you are talent, you are the present and you are the future,” said Catalina Ormsby, La Casa’s advisor, as she welcomed more than 100 community members that gathered to celebrate the third anniversary of La Casa, the largest Latino organization on campus with music, food, and even a traditional Tres Leches cake brought from Detroit.

In its three years on campus, La Casa has revolutionized what it means to be a student organization that has fought for its community and filled the gap that existed at the university, speakers at the ceremony agreed.

“La Casa’s creation on campus came at a time of conflicting forces,” said Richard Nunn, advisor to La Casa since its founding and Academic Program Manager at the Rackham Graduate School. “Latinx enrollment was increasing at previously unseen rates with new first-years numbers almost doubling within a very small window of time. However, there was not a continued presence of a strong centralized Latinx organization nor was the University proactive in addressing their changing student demographic.” 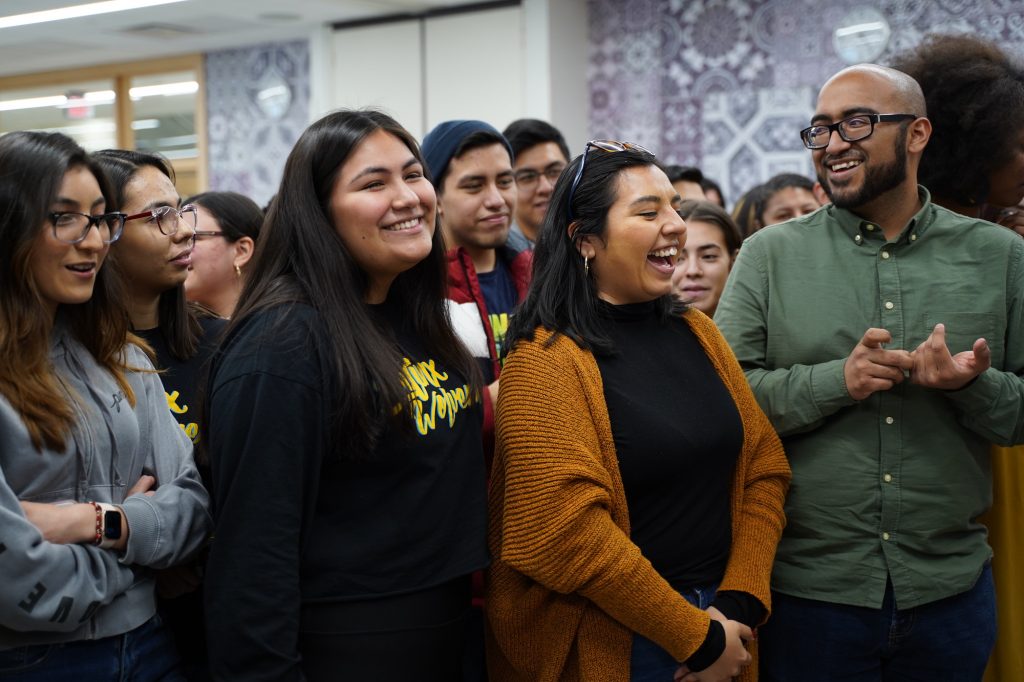 From a networking event to unstoppable fighters

A group of students looked to change that problem and decided to gather the community on November 8, 2016, ironically the date on which Donald Trump was elected President of the United States.

What began as a simple networking event transformed itself into a central organization that now serves the Latino community across campus.

Yvonne Navarrete, class of 2019 Alumna, was one of the students at the forefront of this movement. She, like many others, longed for a strong community presence at this university. “When we founded La Casa, we envisioned a space for the Latinx community to come together, organize, and build our presence on campus. The 2016 election highlighted a longstanding need to build support for Latinx students at U-M,” said Navarrete as she reflected on La Casa’s beginnings.

In its first year, La Casa faced many obstacles. This was the first leadership position for many of its organizers and they were new to understanding what was needed to build and run an organization and to ensure that the organization would not die out.

Antonio Gallegos, a member of the founding group and class of 2019 Alum, remembers what that inexperience represented for the group.

“That allowed us to listen to feedback from the community and the freedom to adapt our organization to what the community needed. We played to each other’s strengths, recognized that none of us had all the answers, and communicated with each other constantly.”

That is what guided La Casa to the success it enjoys today.

In 2017 after starting their second semester on campus, La Casa suffered an unexpected setback. During the ALMA orientation program, first-year students who were still new to the university painted the historic rock on Washtenaw and Hill with messages displaying their Latino pride. The next morning, however, the rock had been vandalized with Anti-Latino messages painted over the positive messages.

The incident motivated leaders from La Casa to continue to fight for their community. In January of 2018, La Casa made itself heard as they released demands for university administrators to offer more support for Latino students and to work to increase representation in faculty and staff hires. 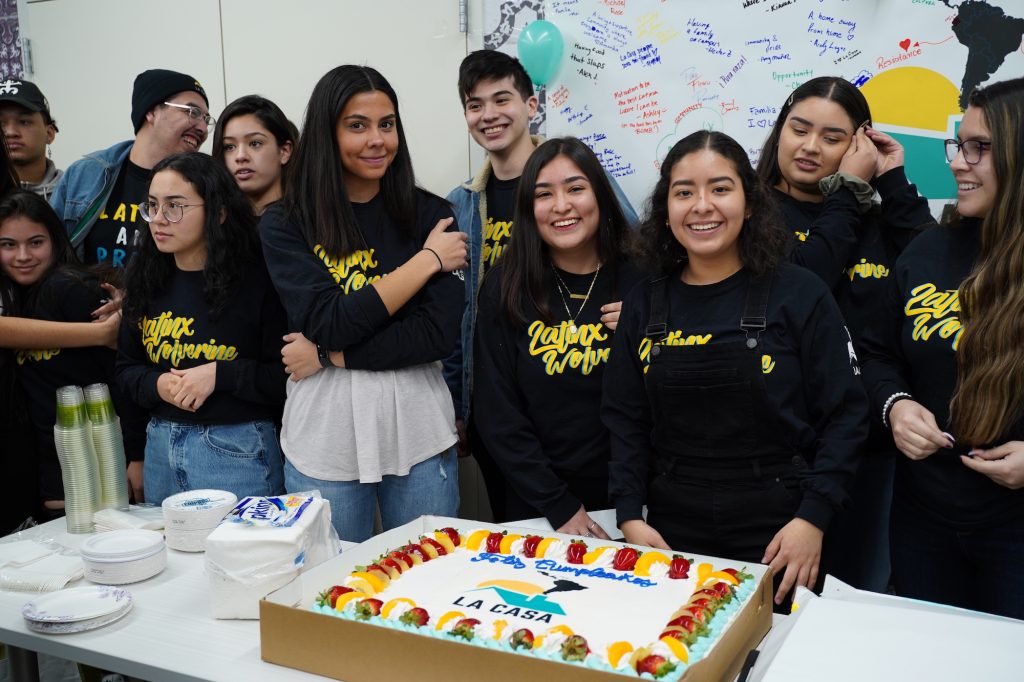 Learning from the past and visualizing the future

The Latino community at the University of Michigan has a long history of activism and unification. Many organizations and movements since the 70s, such as MEChA, Alianza, and La Voz Latina, paved the way for Latino students and La Casa.

Today, La Casa counts with various programs for current and prospective students, many of which were created as a response to the lack of resources at the university. Their programming has a variety of purposes including the recruitment of high school students through their Wolverine Day program, the leadership development of first-and-second-year students with Leadership Academy, and the celebration of culture displayed through their annual Unity Ball.

For Ximena Mancilla, a second-year student and current member of the executive board, La Casa has solidified her place in this institution. “This campus makes you feel small but [La Casa] has made me feel like a bigger person. It’s not like we’re just another percentage, we are making ourselves known at this university.”

Kim Morales is a sports management student at the University of Michigan. Outside of classes, she spends her free time as an executive board member of the student organization La Casa.