Summer proves to be busy time for Office of Diversity, Equity and Inclusion 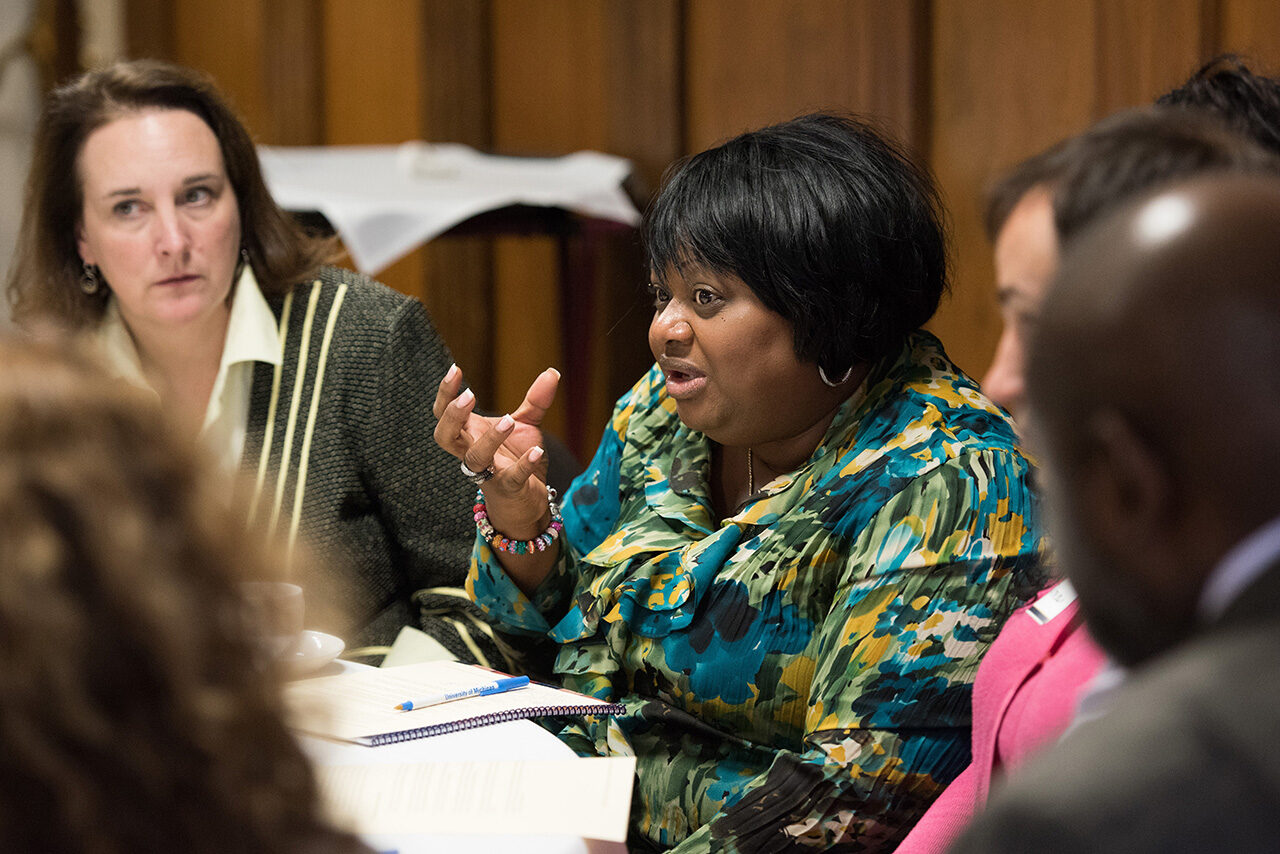 With most students away from campus, summer usually provides schools, colleges and units an opportunity to break from the rigorous pace of the academic year.

That’s not been the case for the University of Michigan’s Office of Diversity, Equity and Inclusion. All summer long, the staff has been hard at work preparing for a busy fall semester as the university moves into year two of its five-year strategic plan for diversity, equity and inclusion.

Under the direction of Chief Diversity Officer Robert Sellers, Katrina Wade-Golden – assistant vice provost and director of implementation for the diversity, equity and inclusion strategic plan – heads up much of the work centered on the universitywide plan and the campuswide climate survey process.

Wade-Golden says three major initiatives – and a laundry list of smaller tasks – have kept her and the Office of DEI forging ahead at full speed.

“It’s been a very, very busy time. We have so many exciting things we’re preparing for in the fall, building upon the momentum we established during the launch in October 2016,” she says.

Those initiatives include collecting and processing the 49 units’ year-one DEI reports, reporting the DEI climate sampling survey results and planning the annual diversity summit, which will be a weeklong series of campuswide events at the university and unit levels.

“We’ve made the decision to have an annual diversity summit now after first having imagined we would do it every other year. The summit will really renew energy around the campuswide effort and carve out a space to provide a yearly update about our collective progress,” Wade-Golden says. 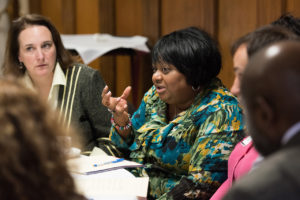 This year’s summit will take place during the week of Nov. 6-10. Within the week, most of the universitywide activities will take place Nov. 8. The summit will feature several student-oriented events, which the Office of DEI is partnering with Student Life to develop. Additional events include a keynote speaker and addresses from President Mark Schlissel and Sellers. Throughout the rest of the week, schools, colleges and units will host their own events. Specific details about the week will be announced in the fall.

Perhaps the most involved project has been the collection and processing of the year-one unit reports. Wade-Golden says the Office of DEI worked collaboratively with Information and Technology Services to build an online reporting tool unique to each of the units, based on their year-one action items.

“We were able to prepopulate all of the action items across the central plan and the 49 unit plans and that totaled more than 2,100 individual action items. Each unit received a link specific to them with those items listed,” she says.

“We asked about their progress on the action items and allowed them to let us know how any strategic objectives might have changed. Within that, we also gave units a chance to list all areas they were particularly pleased with and wanted to highlight and share with the campus community more broadly and any year-one challenges, which gives our office an opportunity to provide more support wherever it’s needed.”

The year-one reports are due back to the Office of DEI near the end of August along with any refinements to their plans for year two.

Wade-Golden says this process was really in-depth, but different from the first-year process, which was heavily rooted in planning instead of reporting.

“When we developed this reporting tool, we were really mindful to engage the DEI leads across campus. We leaned heavily upon the feedback and advice of a user advisory group consisting of representatives from the leads community,” she says. “It took a really big effort to create such a comprehensive tool, but it can be used for years to come.”

Additionally, the office will report back on its findings from the fall 2016 DEI sampling survey, which was sent out to 3,500 students, 1,500 faculty members and 3,500 staff members.

The survey results will serve as a base level of statistics for measuring the universitywide campus climate relating to diversity, equity and inclusion.

“As we move forward in implementing specific actions from the plans, we’ll be able to track how our community feels about the climate over time and we’ll use that as one way to help determine how effective our efforts truly are,” Wade-Golden says.

She adds: “Though this summer has been extremely busy, I’m excited. I’ve had the chance to get a glimpse of all that the schools, colleges and units have been working so hard on, so I’m really looking forward to the reporting process because we’ll be able to see the full array of actions that have been executed in the first year of this process.

“I’m also really excited to be able to report all of this progress back out to the leadership and the rest of the campus community so everyone can see the progress we’ve all made so far together. And with things like the redevelopment of the diversity website and the expansion of our presence on social media, we’re really able to better spread the word about all the good work that has taken place.”